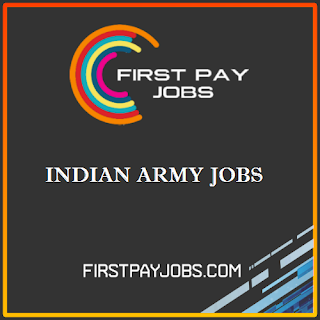 Note: Candidates must undertake not to marry until they complete their full training. A candidate, who marries subsequent to the date of his application, though successful, will not be selected for training. A candidate who marries during training shall be discharged and will be liable to refund all expenditure incurred on him by the government.
Jobs Seekers who are looking for the Army Jobs can apply for these Technical Entry Scheme 44 Course (TES) – Jan 2021. After applying for the posts, the Indian Army will conduct the written examination at various centers. Candidates can keep track of this page to get all the Indian Army related updates. Make use of this opportunity and apply for the posts before ending the application date.

The Indian Army allocates overall 90 vacancies for this Technical Entry Scheme 44 Course (TES) – Jan 2021 Posts. Vacancy details are given below.

·         The selected candidates will get Rs. 8785/- per week at the time of training.
Refer to the Indian Army Notification Pdf for details on the pay scale for Indian Army Jobs

1.      Visit the official website @ www.joinindianarmy.nic.in
2.     Find the Indian Army Notification Pdf for the Technical Entry Scheme 44 Course (TES) – Jan 2021 Vacancy
3.     You can also use the link below
4.     Read the notification carefully and check if you are eligible
5.     Click on the Apply Online link provided below
6.     Fill the application form in the prescribed manner
7.     Make sure to recheck so that there are no errors
8.     Submit the application and take a print out of the file for further reference.

About Indian Army
Why the Indian Army is best?
Indian soldiers are considered one of the best on high elevations, jungle combat, and mountain warfare. The Siachen conflict is an excellent example of mountain warfare. The conflict between India and Pakistan over the disputed Siachen Glacier in Kashmir is common knowledge.
The Indian Army is the land-based branch and the largest component of the Indian Armed Forces. The President of India is the Supreme Commander of the Indian Army, and it is commanded by the Chief of Army Staff (COAS), who is a four-star general. Two officers have been conferred with the rank of field marshal, a five-star rank, which is a ceremonial position of great honor. The Indian Army originated from the armies of the East India Company, which eventually became the British Indian Army, and the armies of the princely states, which finally became the national army after independence.
The primary mission of the Indian The army is to ensure national security and national unity, defending the nation from external aggression and internal threats, and maintaining peace and security within its borders. It conducts humanitarian rescue operations during natural calamities and other disturbances, like Operation Surya Hope, and can also be requisitioned by the government to cope with internal threats. It is a major component of national power alongside the Indian Army and the Indian Air Force.
What does the Indian army do?
The primary mission of the Indian Army is to ensure national security and national unity, to defend the nation from external aggression and internal threats, and to maintain peace and security within its borders.
Who is the father of the Indian army?
Stringer Lawrence
” Major General Stringer Lawrence who commanded in India from 1747 to 1767.
What is full form CRPF?
The Central Reserve Police Force came into existence as Crown Representative’s Police on 27th July 1939. It became the Central Reserve Police Force on the enactment of the CRPF Act on 28th December 1949
What is the work of the army?
Enlisted personnel make up about 82 percent of the Armed Forces and carry out military operations. … Enlisted personnel typically do the following: Participate in, or support, military operations, such as combat or training operations, or humanitarian or disaster relief. Operate, maintain, and repair equipment.
What is the duty of Captain in the Indian Army?
Duties Of An Army Captain

An Army captain usually serves as a company commander, commanding from 60 to 200 soldiers, usually with the assistance of a noncommissioned officer. A captain may also teach at an Army school or training center or serve as a battalion staff officer.

What is the full form of the army?
In a broad sense, it is the land-based service branch, military branch, or armed service of a state or nation. ARMY may also include assets related to aviation by possessing an ARMY aviation component. … However, we can say that the Full form of Army is Alert Regular Mobility Young